Flavio Tello graduated from Texas State Technical College in Harlingen last spring where he studied Mechatronics, which includes electrical and mechanical engineering as well as programming. He now works for Koenig & Bauer and will soon be visiting their home base in Germany to learn how to troubleshoot and repair printing presses located across the United States.

Robotics and coding, says Flavio, is what propelled him into his career with Koenig & Bauer. His interest in coding began when his uncle gave him an Arduino UNO as a gift when he was in high school. “At first, I didn’t know what it was. But I got curious and did some searching around on the Internet. I was fairly surprised at what it could do and the many projects that people had made. And after that, it became a hobby. At first, I started programming LEDs to turn on and off, and from there I kept expanding upon my knowledge.”

And his recent participation in the Robotics: Urban Search & Rescue (USAR) challenge at the 2019 SkillsUSA® National Leadership and Skills Conference strengthened his belief that this was the right career choice for him.

USAR was introduced in 2012 as a demonstration event and debuted as a national event in 2015. The challenge tasks students with creating a remote-controlled robot like those employed by emergency service personnel. Students design their robots to be able to secure an area by locating, neutralizing, moving, and disposing of explosive materials. 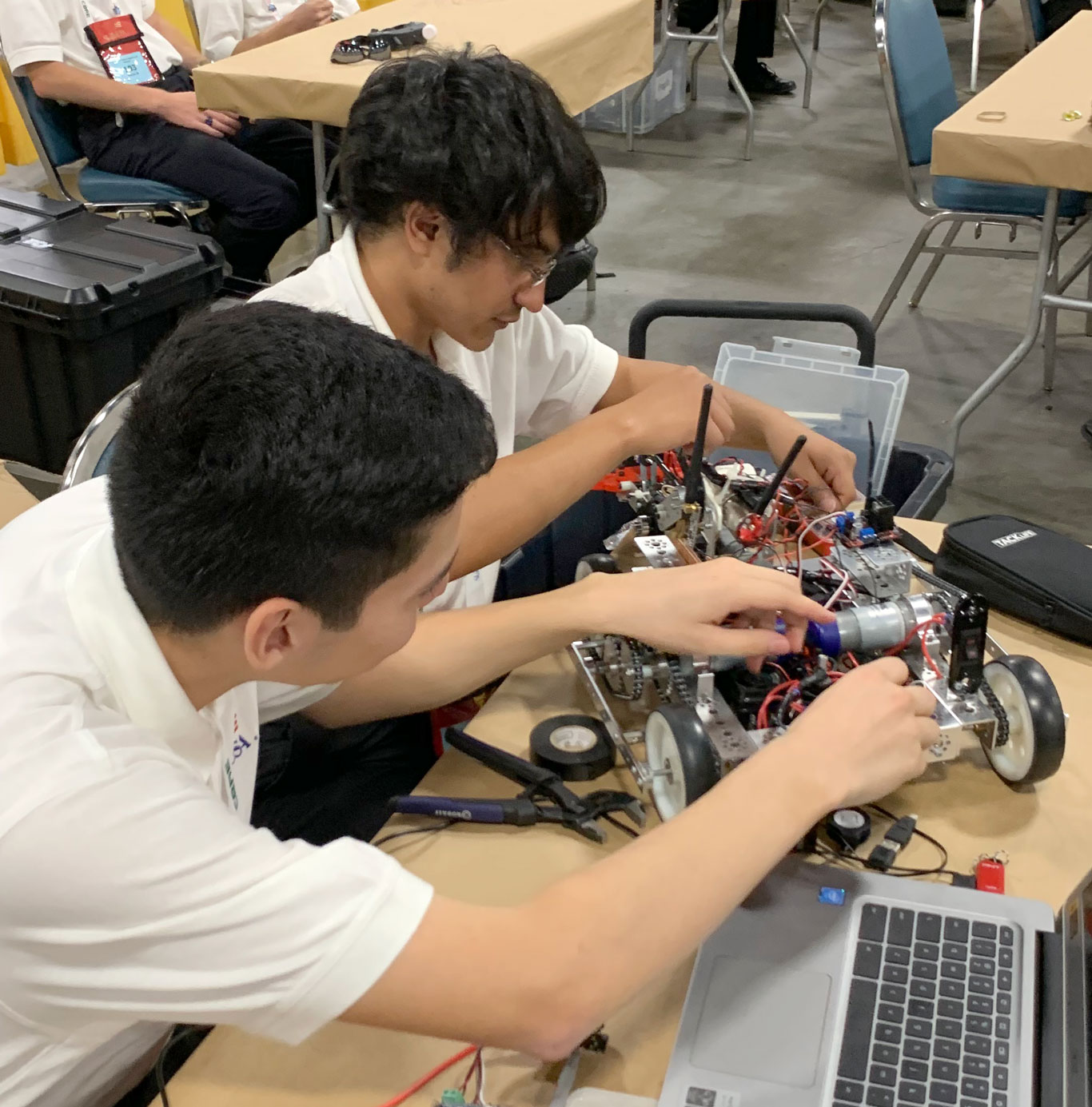 But, as Flavio can attest, this robotics challenge goes way beyond simply building and coding robots. Robotics and coding involves a fair amount of problem-solving and learning from failure, and the USAR challenge is no exception. The purpose of USAR is to teach workforce skills such as teamwork, problem-solving, technical and engineering design, and innovation while also exposing students to various career options that embody these skills. Rescue and law enforcement agencies, for example, often use similar robots when faced with situations that are dangerous to humans, so there’s a strong real-world and career connection.

Flavio says the troubleshooting and innovation he did for USAR made it clear that he made the correct career choice. “USAR . . . solidified my perception that I like working with electronics. I really liked the building process, from connecting the motors, assembling the protoboard, and putting everything inside the robot.”

Flavio’s USAR partner, Martin Ramos, also credits the SkillsUSA robotics challenge with confirming his choice of careers. “USAR has only made me want to continue to keep working with robots.”

Martin, who has been interested in robotics for as long as he can remember, competed in robotics competitions in high school and decided to continue the experience through USAR. He’s finished his associate degree in Mechatronics and is currently working on his bachelor’s. “Eventually, I want to get a job working with robots,” he said.

In addition to career connections, USAR reinforces the art of learning from failure as well as innovating on the fly – key skill sets needed for the workforce of tomorrow.

“We learned to carry extra gears, in case they get stripped,” said Flavio. “That was our downfall this year. A worm gear inside the base of the arm that was used to lift it up got stripped, so we weren’t able to pick anything up.” Martin agreed, “My biggest piece of advice is to consistently test your design and push it to its limits before competition so that if anything breaks or any weak points reveal themselves you can make the necessary adjustments.”

A stripped gear might’ve been their downfall, but before that, Flavio and Martin had already done some troubleshooting and fixed another problem that could have stopped them before they even began. “While doing some testing in the morning before our competition, we were not receiving proper data,” explained Flavio. “We located the cause – the MISO/Pin 12 of the Arduino was not making contact with the solder trace I made on the protoboard. So, we had to run a jumper wire from Pin 12 directly to the module. That was hard to find, but an easy fix. . . . Troubleshooting is at the center of everything.”

Flavio and Martin, we wish you the best of luck in your future endeavors!

And congratulations to all the USAR participants, including the following medalists: 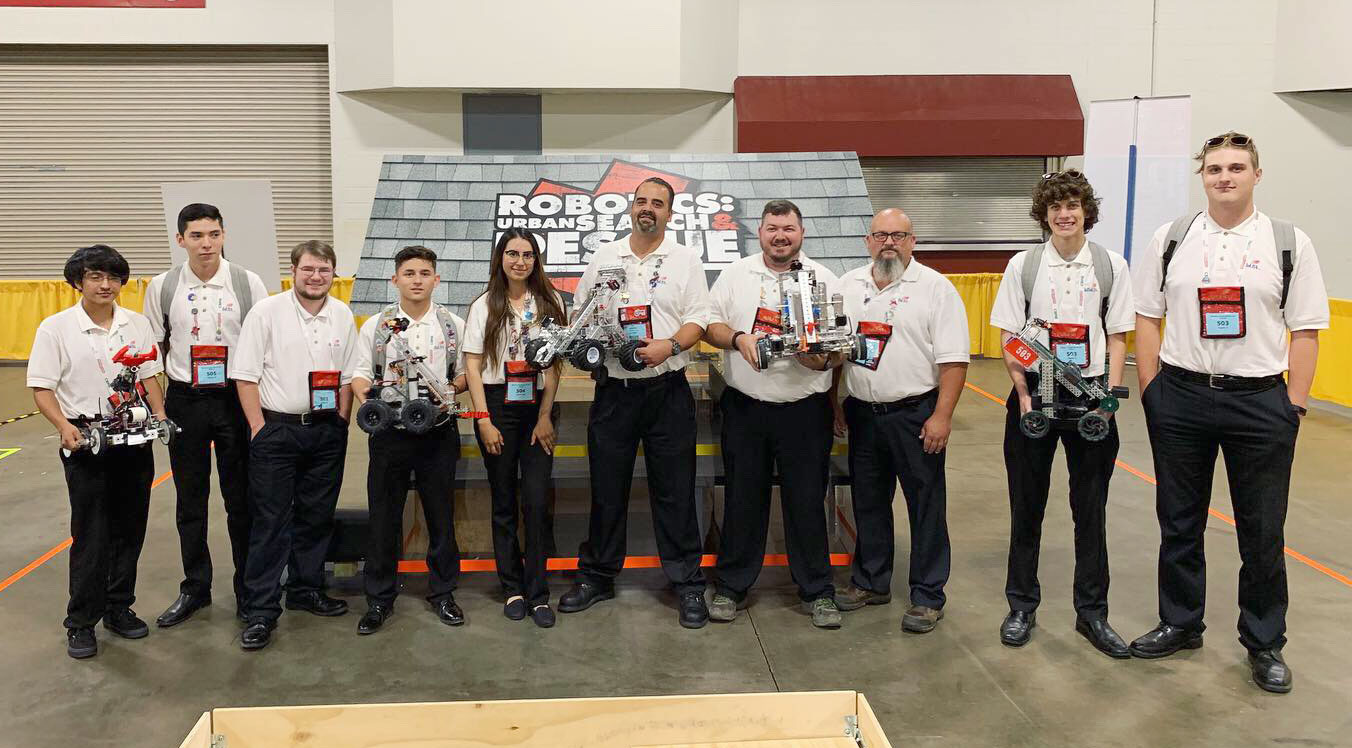 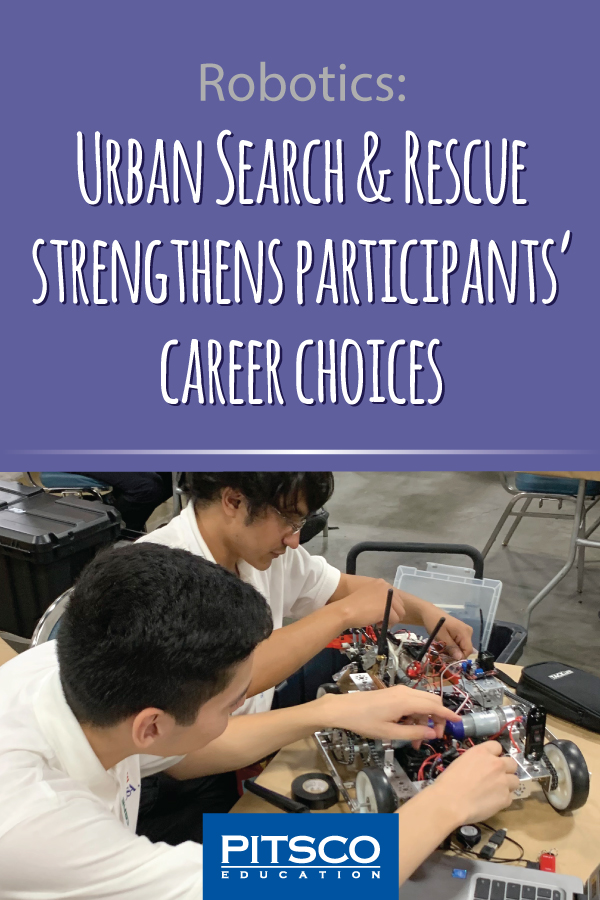