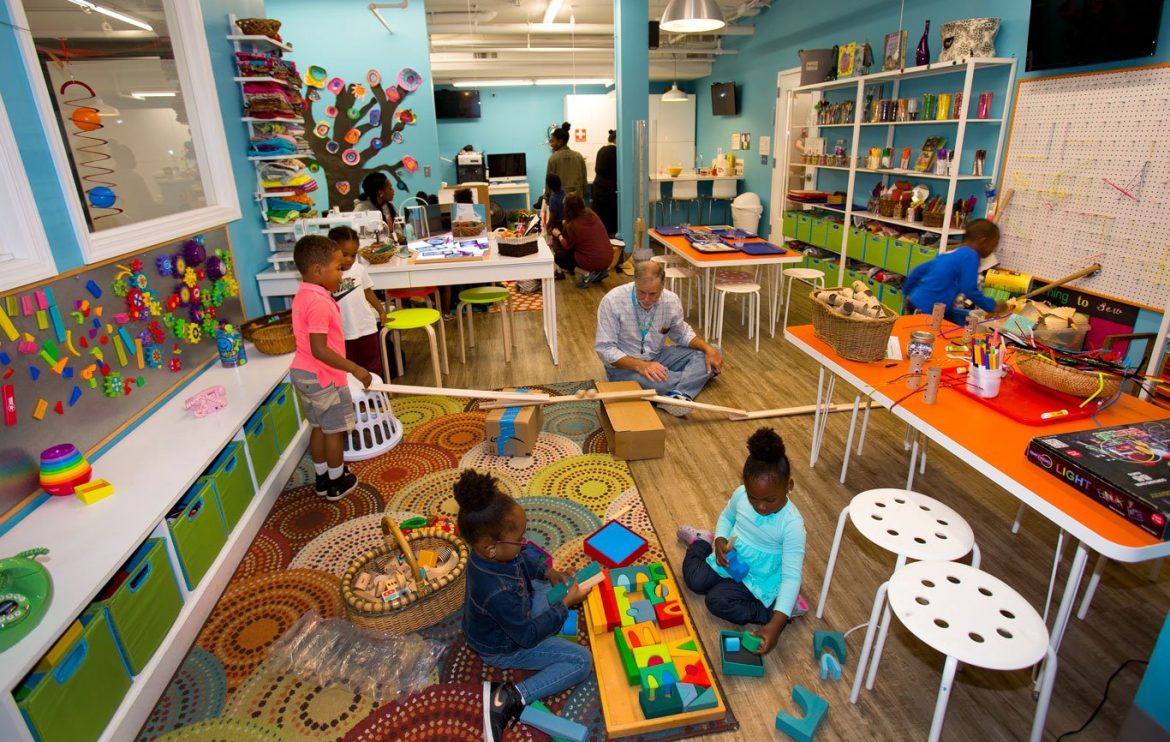 KANSAS CITY, MO – Don’t tell Mary Esselman that some kids can’t learn as well as others because of the bad hand life has dealt them. She’s experienced some tough environments and knows better, and besides, she doesn’t have time for such nonsense.

As CEO and president of Operation Breakthrough, Esselman is singularly focused each day on closing the “opportunity gap” for more than 700 children from some of Kansas City’s most underserved neighborhoods. She and her staff of nearly 200 feverishly fill that gap with before- and after-school learning opportunities ranging from pre-K coding to high school career training and dozens of hands-on experiences in between. Operation Breakthrough also works with the entire family, integrating educational services with health and social services.

“If I don’t ever realize that there’s an opportunity there, or I can go through all of elementary, middle, and even high school without exposure to any of that, I may not develop any interest or any passion,” Esselman says of age-appropriate STEM experiences. “But if I start small, like in our makerspace for preschool where we not only have a hacking bench, but we also have kids getting introduced to coding, building, and robotics, they start to become self-directed learners who have the opportunity to choose where and what they learn.” 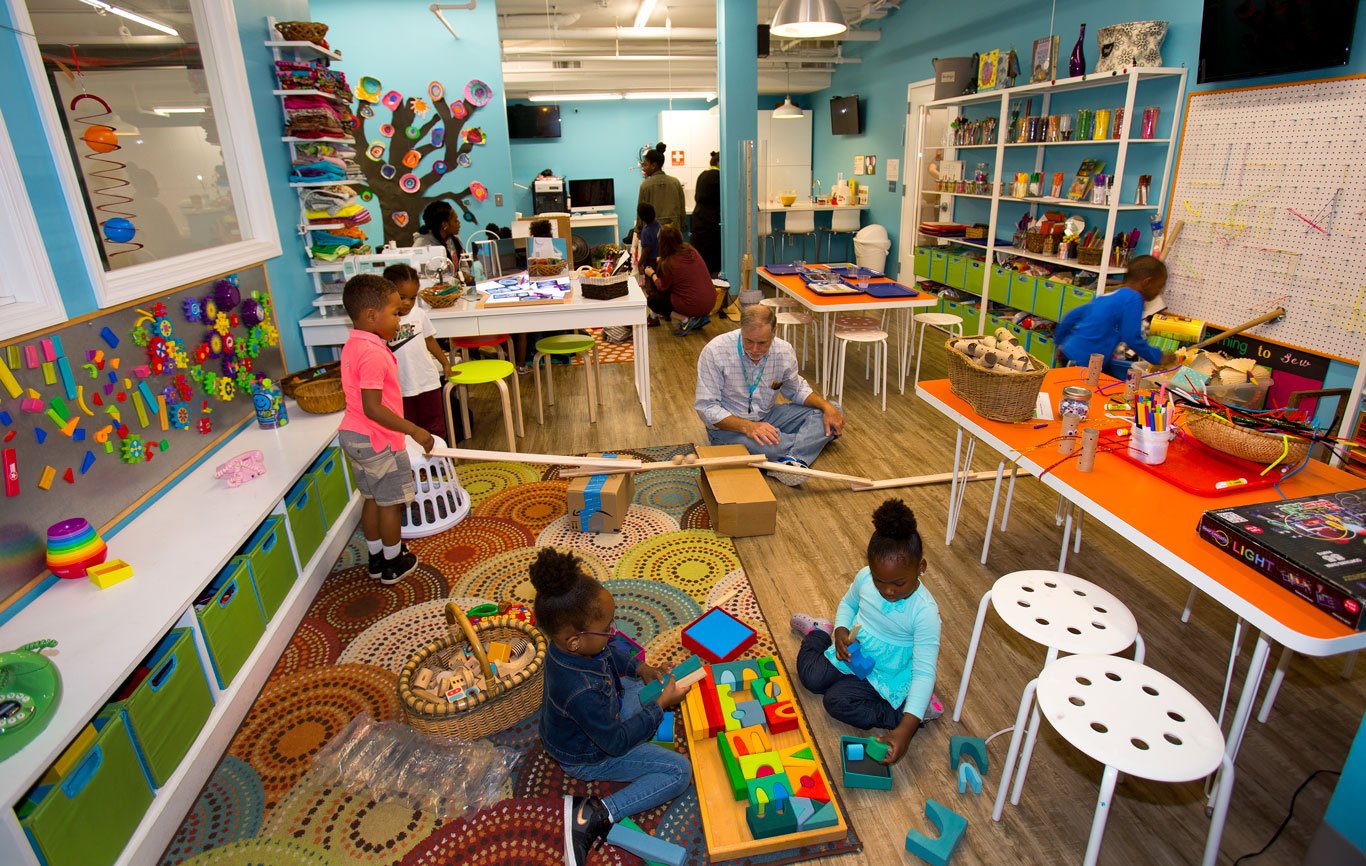 Yes, Esselman has identified a symbiotic relationship between opportunity gaps and skills growth: elimination of the former accelerates the latter. “The skills naturally come if kids have opportunities,” she says with an air of confidence.

The OB and Pitsco Partnership

There’s a reason this fiery leader gets things done in Operation Breakthrough’s sprawling facility buzzing with children each day from 6:30 a.m. until well into the evening in one of the city’s most underserved areas. Since shifting gears to education near the end of her undergrad years at Georgetown University, Esselman has helped establish an education program at a prison in the Washington, DC, area, spent time in an alternative ed program at Cabrini Green housing project in Chicago, and served as an administrator in Detroit.

Clearly, she knows what works in even the most trying environment. And that’s why Operation Breakthrough, founded 50 years ago by a pair of no-nonsense nuns striving to help children of the working poor, has partnered with Pitsco Education to purchase coding, robotics, electronics, and building kits, materials, and curriculum for students from pre-K through high school. 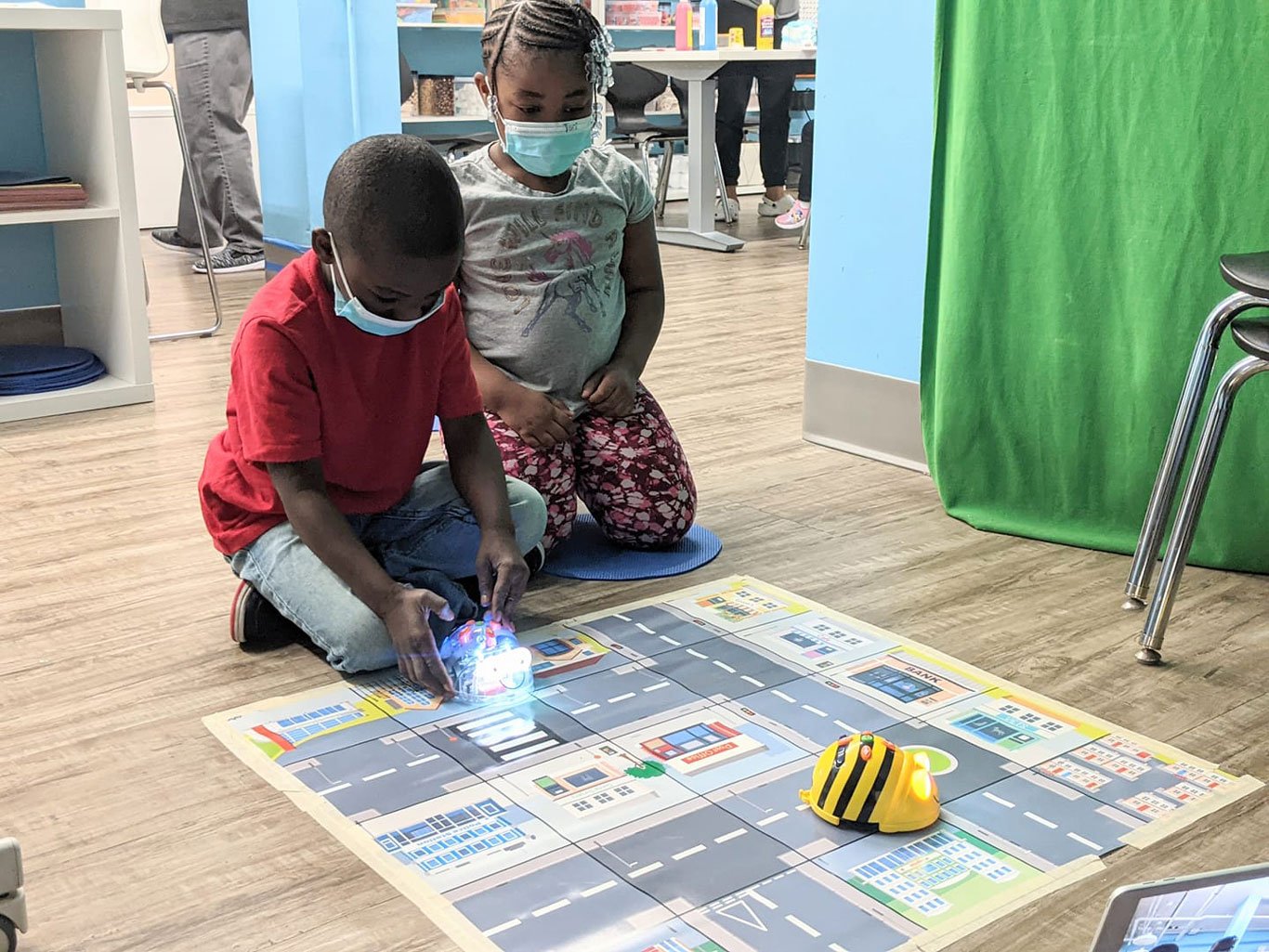 Hands-on STEM activities motivate and inspire hard-to-reach students, she says. “We set an expectation that they problem-solve, they persist, and they learn how to communicate. And then they start to think about it. They’re tinkering, making, and engineering. . . . You start to become more passionate and you start to think more about where your interests are. That’s a lot of the work that we’ve done, and we’ve really focused it on STEM.”

Because most STEM activities are hands on and project based, student-centered learning replaces the tired traditional classroom approach. “For the last 15 years, I have been very focused on student-centered learning, which is when the teacher becomes more of a facilitator,” Esselman says. “When the teacher’s in the center, it’s all about the teacher, they’re making all the decisions, they’re directing all of the opportunities. When you change that system and you put the student in the center, then it becomes very different because then we’re looking for the student to take advantage of opportunities, to ask questions, to take ownership for making choices and persisting through challenges, all of which makes learning look very different.”

Empowering students who have few resources at home to own their learning through personal inquiry and experiences can be a step toward a sense of freedom to pursue and become whatever their hearts desire. “As kids get older, they start to work on some of these things, and they realize they have more opportunities directly out of high school on different pathways,” Esselman says. “You know, I can end up right out of high school with a higher-paying job, I can do more technical training, or I can go to college – all three of which are viable pathways.” 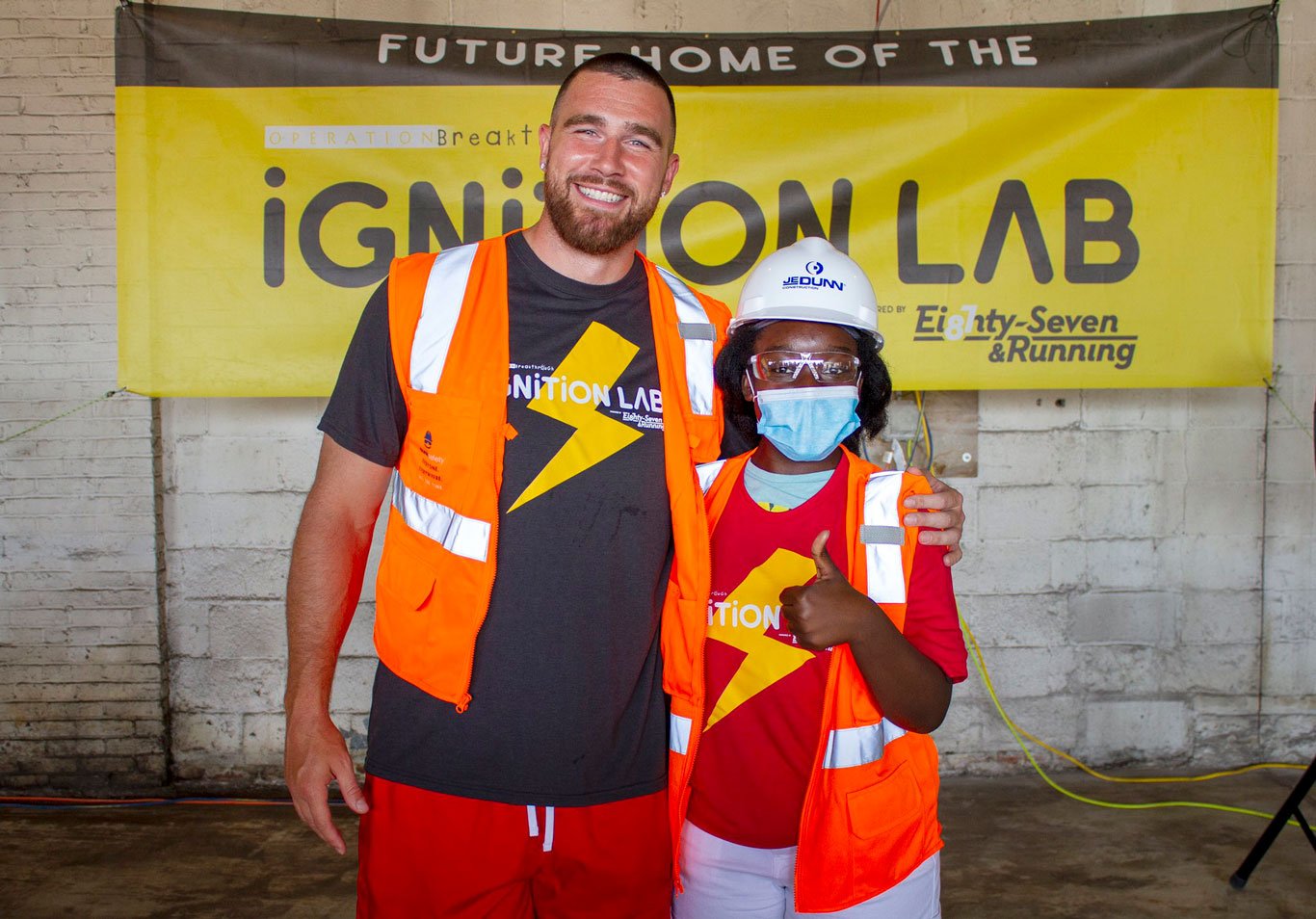 “Instead of starting with the academic and then moving to the project, we’re starting with the projects and moving to the academic,” Esselman said of the Ignition Lab’s new approach aimed at ensuring students discover relevance earlier in the learning process. “We’re going to start like, ‘Hey, look at all these cool projects you’re going to build by learning these tools.’ They’ll start with really amazing, engaging projects. We’re going to start with the process and slowly weave in the academics, so that by summer we can actually offer courses in physics or geometry or other things where you use all of these projects to learn the content.”

Pitsco representatives worked closely with Esselman to ensure a proper continuum of STEM experiences were in place. “That’s kind of where Pitsco came in is when they heard about the Ignition Lab and wanted to find out if there was a role that they could play. We looked at the types of skills that one needs in electronics or additive manufacturing or green tech – across the gamut of what we’re offering – and then we started to backward map it into preschool and elementary and middle school, deciding which critical skills we would want to introduce. . . . We had an opportunity to look at some different tools in electronics and robotics and just in general STEM structures that we purchased.”

It was an opportunity for Operation Breakthrough that will lead to thousands of opportunities for the children they serve and, eventually, a better community in which they will live and work.

“That’s why STEM is such an important part of what we do. When you’re doing and you’re making choices and you’re problem-solving, it allows you to become a change agent in your own life and that of the community,” Esselman says. “I think the younger kids, when we expose them to coding and robotics and some of these areas, it becomes a habit of mind. That’s why we start in preschool because it’s just a great precursor to math and literacy, but it also is a way of attacking things. It’s an attitude that carries with you through life.” 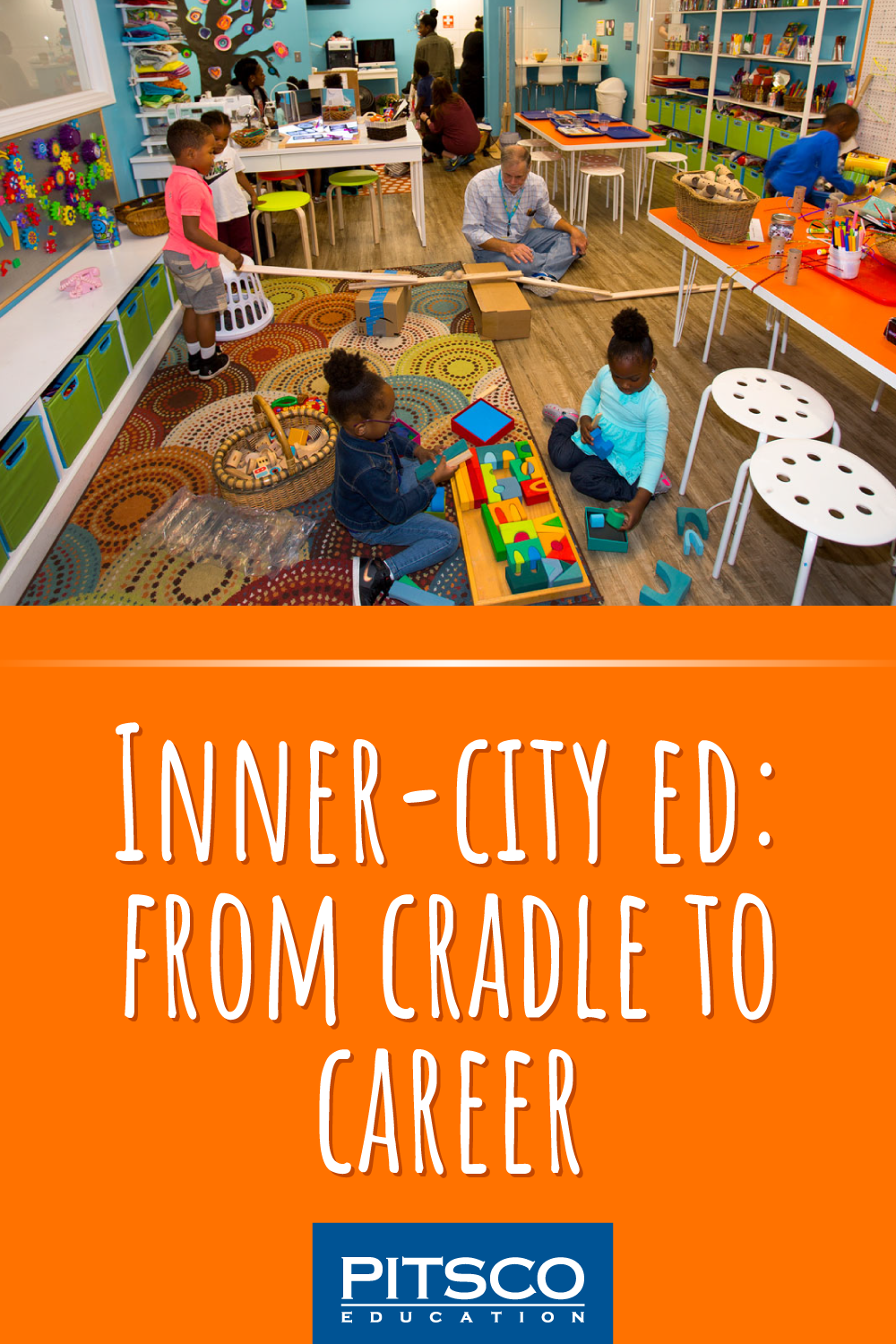